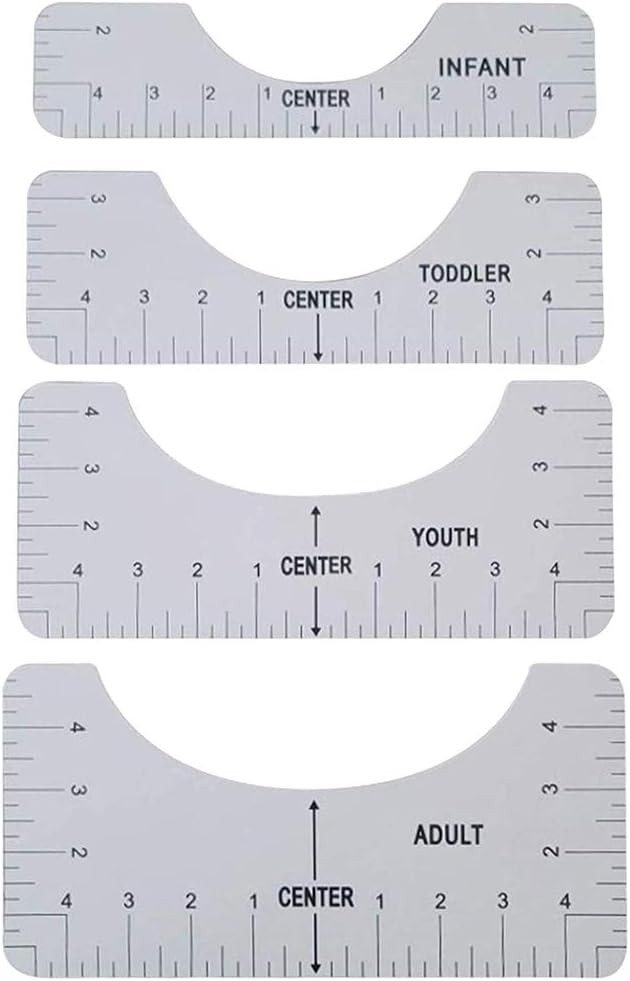 100% brand new and high quality
Features:
Ruler guide designed to precisely align your designs on multiple sized T-Shirt's.
Sizing chart engraved for long lasting use. Will not peel or fade.
A must have tool for sublimation, HTV, Heat Press, Screen Printing, Vinyl Press, etc.
Made of pvc , and precisely laser engraved.
Portable and Easy storage features
This tool covers all areas of the neck for precise measuring.
There are four different sizes for easy selection.

Note:
No retail package.
Transition: 1cm=10mm=0.39inch.
Please allow 0-1cm error due to manual measurement. pls make sure you do not mind before you bid.
Due to the difference between different monitors, the picture may not reflect the actual color of the item. Thank you!